Thanks to everyone one who came out to 8static and The Next Hope talks! I have begung work on a new EP of recent live material.. more info here soon!

Some exciting events are in in-store for PETER SWIMM fans in the next month. First I am doing a workshop at 2600’s THE NEXT HOPE on July 16th. From the description (via):

Introduction to the Chip Scene: Low Bit Music and Visuals Don Miller, Peter Swimm, Joey Mariano This talk will focus on the global chip scene, an ever growing group of electronic artists that use low-bit and hacked computer and video game consoles to create music and video. Peter Swimm of True Chip Till Death will give an overview of the chip scene past and present. True Chip Till Death is the leading news site of the scene, providing thousands of fans with the latest news on releases, hard- and software, and live events. Joey Mariano and Don Miller will focus on the creation of music and visuals. Mariano, better known as Animal Style, is a musician from Philadelphia who creates music on the Nintendo Game Boy and Sega Genesis. He will give an introduction to various trackers, the tools most chip musicians use to create low-bit music. Miller, also known as NO CARRIER, will be discussing real time visuals. He’ll show you how to use your Nintendo Entertainment System, the Commodore 64, and other classic hardware to create live video for chip music events.

But before that catch me at 8static:

I recorded an interview with the fine lads from the WKDU 91.7 show: Getting Wet In A Bathtub With Un-Cooked Sausages While Not Picking Up The Phone Cuz Yer An Asshole.

And Don’t miss this weekends 8Static! 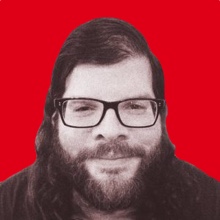